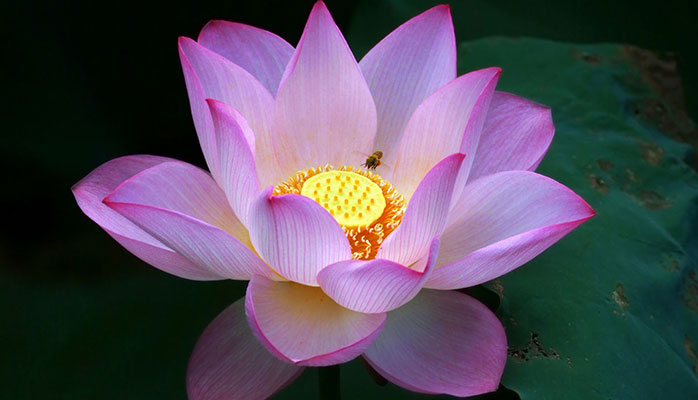 We live in an age of disruption. To thrive in a world that’s characterized by constant and insatiable change, leaders need to embrace disorder as the new order, make peace with it, and capitalize upon it. I agree wholeheartedly with Nassim Taleb, whose book, Antifragile: Things That Gain From Disorder, suggests how certain things don’t break and decline when put under stress, but grow and strengthen. The need for leaders to react dynamically to the unexpected and turn change into opportunity is what will come to define leadership in our era of convergence.

Lately, I’ve noticed that what clients want, talk about, and yearn for above all else, is transformation. Fundamentally they are looking to make sense of a world that is shifting beneath their feet. They shouldn’t fear: the basic model for business and media is as familiar as biology. Things evolve and adapt, some things die along the way, and new life forms emerge. Darwinian survival of the fittest holds as much relevance in the marketplace as it does in the zoo. And, if we look at business through that evolutionary lens, utility becomes crucial. (In many ways, those world-shifters Facebook and Google are simply communications utilities, albeit ones that encourage their users to live their lives online!)

At the recent Global Drucker Forum livestreamed from Vienna, named after Peter Drucker, the business philosopher whom Business Week said “invented management,” the topic of disruption in our transformational age was front and center. There were two especially revelatory presentations.

The first was from Rachel Botsman, author, contributing editor at Wired magazine, and founder of the Collaborative Lab. Botsman’s theory of “collaborative consumption,” defined in her critically acclaimed book about the sharing economy, What’s Mine is Yours: How Collaborative Consumption is Changing the Way We Live, was named one of TIME magazine’s “10 ideas that will change the world.”Â  In her Drucker Forum keynote, Botsman named trust as the single greatest quality driving our era’s massive structural changes.

Botsman spoke about how institutional trust is moving to peer trust and how technology allows trust to form between strangers—as seen by the success of Airbnb, Uber, etc.—in ways that are very disruptive to traditional institutions. The digital world is creating new forms of accountability that are at odds with institutional trust (which in the past was denoted by words and characteristics like “control,” “big,” “linear,” and “centralized”), and qualities once most prized from big businesses no longer work in the collaborative age.

Meanwhile Robin Chase, founder and former CEO of Zipcar and co-founder of Veniam, described a new paradigm for building companies that she calls “Peers, Inc.” This new model depends on three ingredients to succeed: making available excess capacity, building a platform for participation, and inviting diversity of peers. As an example, Chase showed how in just four years AirBnB was able to offer as many rooms worldwide (650,000) as Hilton achieved after 90 years in business.

The challenge for some legacy companies and organizations is that they can’t turn on a dime, and might not be culturally equipped for major transformation. (Overhauling a factory isn’t the same as writing code.) Some adapt: several great journalistic institutions like The New York Times have been able to navigate the waters of dual revenue streams of advertising and digital subscription models and smartly deploy paywalls and “freemiums.” In the manufacturing world, Toyota offers perhaps the premier example of a legacy company that carved out an entirely new category with Prius, the world’s first mass-produced hybrid vehicle.

Whether we’re talking about e-commerce, social commerce, omni-channel, or one-to-one, it’s all just plain old commerce. The mechanics of today’s commerce may be different—as customers need to be motivated to push “buy” as opposed to going through the physical motions of purchasing—but the intent is still the same. It’s the connection that matters. And connection is the role that advertisers and marketers have to play in this shifting landscape. We remain the creators of communication touchpoints, the managers of that vital connection between customer and product. Make that connection meaningful, and we can help bring clarity to these muddy waters.

That’s not to say that our work isn’t also subject to Darwinian biology! Consider how ads have adapted since the rise of YouTube. When viewers have a five-second window to decide whether or not to skip an ad, that exerts powerful creative pressures on advertisers—both to cram in as much topline material as possible into those first, precious few seconds; and to make spots that are compelling enough to keep viewers eyeballs fixed. At the recent Ignition event, Business Insider co-founder, CEO, and editor-in-chief Henry Blodget made seven essential predictions about the future of media. Among them, “Native digital advertising will continue to thrive.” But Blodget made a point of emphasizing the Darwinian definition of “native ads” as advertising that fits the way content and stories in the medium are consumed.

Now is the time for a new leadership that is connected, anticipatory, and reactive all at the same time—leadership that can surf the waves of chaos. Complexity is nothing new; the rate of change is. The sharing economy, mobile commerce, the cloud, and big data: a decade ago few had heard of these concepts (though Nicholas Negroponte’s 1996 book Being Digital made all this pretty clear). Now, that’s the ground upon which multi-billion dollar companies are built. The leadership needed for our era of convergence challenges us to be like the lotus: a thing of beauty that’s at peace in muddy waters.