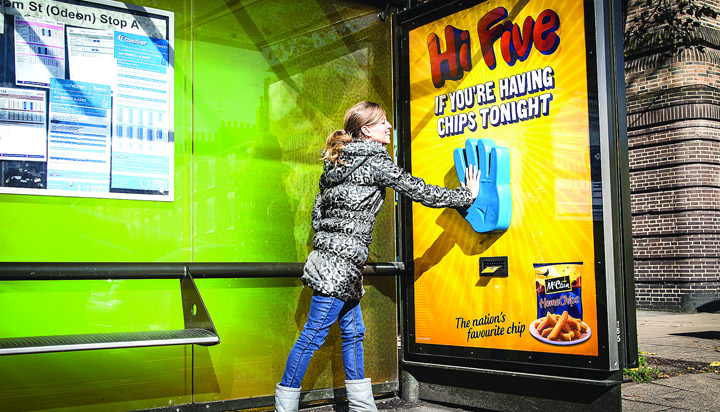 We live in the Age of NOW. A world that is always-on, instantly-demanding and immediately-sharing. The Age of NOW is a place more exciting than the regrets of yesterday or the fears of tomorrow – it’s almost Buddhist in its digital reality.

NOW is the new operational framework. If it can’t happen now it’s worthless.

The world is moving so fast that we are driven to distraction by FOMO – or ‘fear of missing out’. You know the feeling. You wake up and flip on your mobile device to just catch up for the time you wasted sleeping

To win in the Age of NOW we must deliver magic in the moment.

The Age of NOW is characterized by seismic shifts happening in the world around us that Social Media has either fueled, or can uniquely help us with.

Social media has had a dramatic impact on consumerism. Consumers can now advocate for themselves. Gone are the days when a company can unilaterally make a decision on behalf of consumers and expect them to blindly follow along.

A.G. Lafley, previously CEO of Procter & Gamble, definitely had it right when he said ‘The consumer is boss.’

The traditional model of one-way communication has given way to multi-channel experiences. Selling by yelling falls on deaf ears.

People want to be immersed, transported. They want the opportunity to participate in molding your brand or service.

Social media is a perfect gauge of this. If you’re not generating fans, likes, views and downloads, you’re not in the conversation. What are you putting out in the world and how are you doing it?

Companies no longer own brands, consumers do. Companies that create an open and honest dialog with their audience will be rewarded in kind.

Gone are the days when successful new products can be brought to market without being co-created with the consumer. Crowd sourcing and involving the consumer in decision-making will breed new success.

We need to stop being obsessed with competition and pricing strategies, and to think about what we’re putting out there in the world.

Choosing products or services is more like voting than a simple monetary transaction.

In the Age of NOW, brands need to learn to give more than they take. Be generous. What values does your company embrace, and do they inspire people to incorporate them in their world view?

If you view markets as financial instruments you will fail. Spur people into action through the power of ideas. Give consumers the opportunity to participate in things they care about.

The future will be won on relationships, not just transactions. Gone are the days where the product was the center of attention. We can no longer request premium based on functions, attributes and benefits (the –er words, better, faster, stronger).

So how do we, as advertisers and brand owners, meet this challenge?

Embrace visual ideas: There are more than 60 billion photos on Facebook and 5 billion images on Flickr (Mashable). We remember 20% of what we read, 80% of what we see.

Tell stories: Storytelling is central to human existence. As old as fire. It’s how we make sense of the world and share our understanding of it with others. Stories get to the heart of the matter.

Listen: 40% of corporate Twitter accounts engage in some kind of customer service (Burston-Marsteller). It may be in the form of 140 characters on Twitter or 3 lines on Facebook, but consumers are using social media to share their thoughts, ideas and pet peeves with brands.

Show it on screen: TV is becoming more important, not less. It grew 10% globally last year. TV is an idea, not a box. It is exploding over the web, and beyond it. Mobile, 3D, augmented reality. It’s integrating technology and absorbing and colonizing new media as it’s introduced. People don’t care whether something is digital or not. They just care what pulses on the screen, whatever its dimension or location.

Engage with emotion. In the moment, emotion matters more than ever. As neurologist Donald Calne said, “reason leads to conclusions, emotion leads to action”.

Emotion is how people decide, start conversations and rouse movements. Emotion is the key to better decisions, to stronger value, to higher margins and profit.

Before wrapping up I’ll show you an execution we produced for T-Mobile as part of our Life’s for Sharing idea, which has been running across Europe since 2009. The Life’s for Sharing YouTube channel is the 12th most subscribed to on earth.

Mobiles have changed how people relate to each other and given us countless ways to share. Life’s for Sharing is a way to articulate the new way of living, and has given T-Mobile a powerful, and remarkably successful reason for being.

As with any powerful thought, Life’s for Sharing has taken on a life of its own.