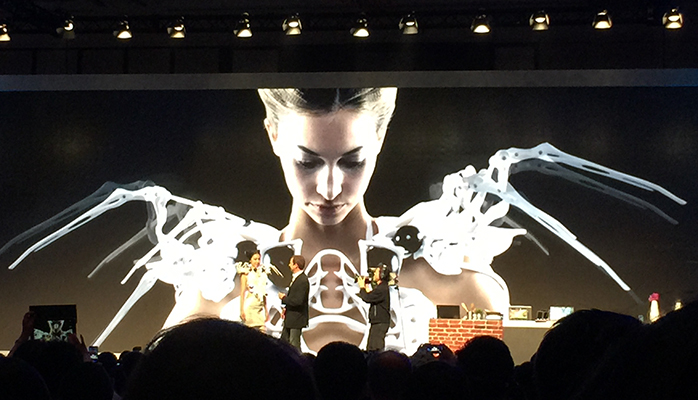 I was fortunate to attend the first-ever International CES Asia in Shanghai (May 25-May 27, 2015), the latest incarnation of the world’s largest consumer electronics and technology trade show that takes place each year in Las Vegas.

There’s good reason International CES decided to prop up its tent in Asia. China is proud to be an emerging leader on the world stage of technology. The size of China’s consumer technology market will exceed that of the U.S. next year. And, by the year 2020 there are expected to be 50 billion connected devices on the planet.

Although certain of the big trends at CES Asia were similar to those in Vegas—wearables, 3D printing, drones, robotics, and the connected homes—there were some telling subtleties in the differences for an Asian audience. Though proportionally a larger presence in Shanghai than Las Vegas, the automotive industry did not feel quite as overpowering presence at the show, with Audi’s demonstration of a self-driving concept car being a notable highlight.

Much of the media focus was fixed on how China has taken wearable devices to their literal and logical extreme, with certain designs reminiscent of Austin Powers “fembots.” Among these was Intel’s striking “robotic spider dress,” designed by Anouk Wipprecht; a 3D-printed dress complete with biosignal-controlled, arachnid-like, shoulder-mounted robotic arms that can detect the wearer’s mood based on their stress level and the environment.

Meantime, in the CES Asia home, everything is connected! Attendees were treated to connected vases, connected coffee cups (?!), even a connected kitchen with a pair of large robotic arms that cooked dishes based on a library of recipes (including crab bisque from a BBC Masterchef winner).

My colleague Tom Eslinger, Saatchi & Saatchi’s Worldwide Director of Digital and Social and author of Mobile Magic (Wylie, February 2014), appeared on a panel about the future of advertising in China. During his talk Tom raised three points with which I wholeheartedly agree:

With about 200 exhibitors and 20,000 pre-registrants, CES Asia’s debut was relatively small compared with the Vegas show, which boasts 3,600 exhibitors and over 175,000 attendees. But the potential for the show—for vendors, consumers, and its potential to generate key insights into the Asian marketplace—is enormous.