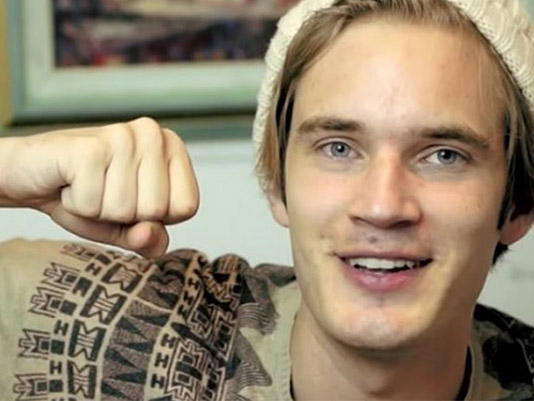 I glimpsed the future of celebrity last year watching the League of Legends World Championship in Seoul, South Korea. Just who were these elite pro gamers with rabid global fan followings, who were landing huge endorsement deals and whose hours’-long tournaments were filling sports arenas worldwide? And what does the phenomenon have to say about the future of marketing and advertising

Snap poll: who is the bigger celebrity, Swedish videogamer PewDiePie or Academy Award-winning actress and Hunger Games and X-Men franchise star Jennifer Lawrence? The answer might surprise you. According to a Variety article from last year, YouTube stars are now more popular than mainstream celebs among U.S. teens. A survey of 1,500 13-18-year-old teens placed a popular group of online personalities against celebrities with the highest “Q scores” in terms of qualities like approachability and authenticity. The results: the five most influential figures among American teenagers are all YouTube sensations.

The Internet and social media are changing the nature of celebrity in ways that hold enormous implications for advertising and marketing. Cognitive science taught us that brands are defined by the company they keep and the matrix of associations that close proximity generates. That led to widespread use of celebrities and authority figures in advertising as a shortcut for products to generate feelings like trust, safety, security, quality, and even sex appeal. Social media has now upended all that—with word-of-mouth and endorsement with genuine credibility trumping celebrity pitches.

Yesteryear’s image of celebrity—remote, unknowable, with, say, a movie star putting out a movie or two a year in a highly controlled publicity and promotional environment—is no longer persuasive or effective. Today’s plugged-in generation wants to feel connected to their idols; and have a sense of how they spend their lives. More than that: when teens and twentysomethings have thousands of Facebook, Twitter, and Instagram followers, they have every right to think of themselves as legitimate influencers—and celebrities of a kind—in their own right. Indeed, a Forbes article cited a Nielsen study that 92 percent of consumers believe recommendations from friends and family more than all other forms of advertising.

In the 1960s, Andy Warhol famously said in the future everyone would be famous for fifteen minutes, and he kept his downtown NYC Factory well-stocked with a rotating gallery of “Superstars.” Warhol was making a mischievous statement about the transience of celebrity and how Pop could grant fame to those who had not passed through any threshold of accomplishment. Today’s notion of fame, however, is entirely different.

A few key ingredients go into the mix of this new democratization of celebrity: expertise, access, and identification. First there’s expertise: there’d be no such thing as a celebrity-pastry chef, -landscaper, -real estate agent, -horse whisperer, or -wedding planner if expertise was not an absolute barrier for entry. Next is access: rather than a model of fame based on remote idolatry, today’s celebrity is all about accessibility. Fans want to hear from and feel like they’re interacting with the objects of their admiration. (Even President Obama felt compelled to launch his own Twitter feed, @POTUS, which immediately shot to the third-most followed behind Katy Perry and Justin Bieber.) Finally, there’s identification: many of us look at today’s famous and think, yeah, I’m just like that mommy blogger or small business owner or video game enthusiast. We look at today’s fame-shrouded and think, I know this person. . . I could be this person.

As a result, brands can no longer rely upon traditional celebrities to endow their products with star luster. Key opinion leaders who have real substance, a genuine POV, and hard-won expertise are now winning out over those famous merely for glamour, notoriety or being fixtures on the covers of gossip magazines. Whether mommy bloggers in China; international gaming champions; or food, politics, and book bloggers whose reviews are more closely followed than those in mainstream publications—the experts now hold more sway when it comes to vouching for products and services. And technology, that great democratizing force, has made it easier for consumers to do the marketing for brands, and do it in authentic ways that obviates the need for celebrity shilling.

We are living in an era where brand selection has become more like voting—it transcends the transactional, with the actual purchase being just one act in a complex emotional web. Customers are looking to brands for meaning, rather than choosing them based solely on functionality. This is especially true of millennial consumers who look for brands that can enhance their lives and fit into and complement their worldview. All of this makes it an incredibly exciting time for those brands that are able to connect the dots in their communications between brand endorsement and meaningful action.

Endorsement in advertising will never go away, but it is changing dramatically in ways that give it more meaning. Finding the right fit for product endorsement—based on expertise and credibility—will help brands thrive in ways that just might usher in a new golden age of truth and intimacy in advertising.

We’ve seen the future of celebrity endorsement. And it’s us.

This column was originally published on USAToday.com on June 15, 2015.